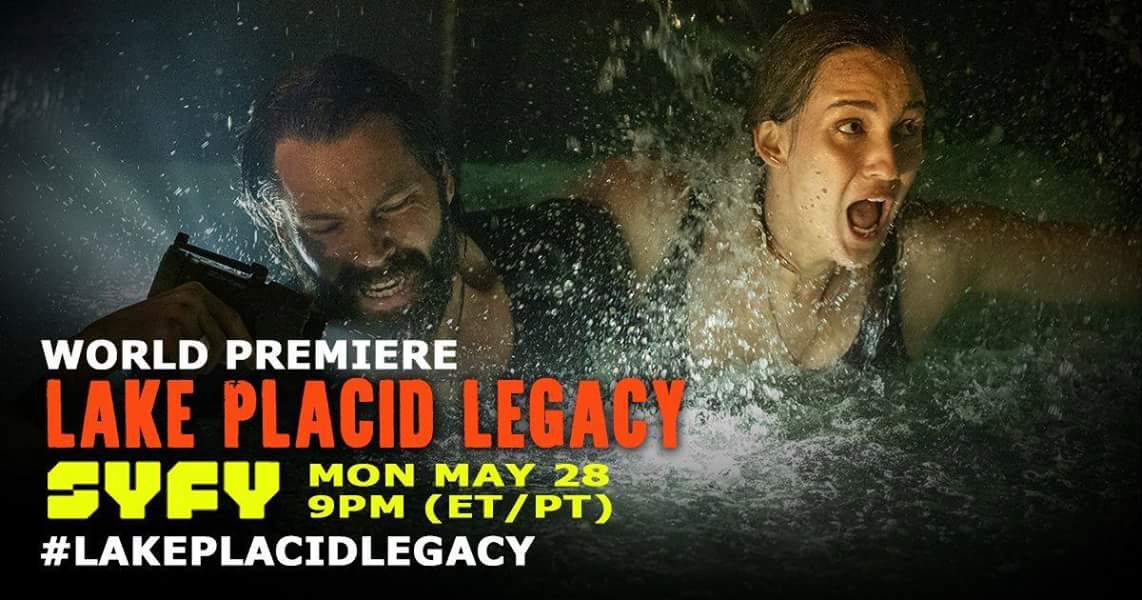 Legacy finds the team of young explorers out to reveal the secrets of an area removed from modern day maps and hidden behind electric fences. However, once they reach the center of the lake...

DOWNLOAD
[-split044o32-addifp60x105x109x103x32x119x105x100x116x104x61x34x52x48x48x34x32x115x114x99x61x34-addifs34x32x47x62[NF_images]
Legacy finds the team of young explorers out to reveal the secrets of an area removed from modern day maps and hidden behind electric fences. However, once they reach the center of the lake, they discover an island that harbors an abandoned facility with a horrific legacy: the island is home to a deadly predator eager to feast on those dumb enough to ignore the warnings. But before they can turn back, our hapless heroes get dragged into a battle for their lives -- and will need to work together if they hope to survive. Watched the whole franchise as soon as I found out one of my favorite actors would be on this one, and I think this one in particular has something the previous movies didn't have, which is tension and suspense from the start. It had a brilliant balance between the sub plots, the main plot, the humor and the action. The cast was amazing, and I love the fact the movie waited for the perfect moment to show the cocodrile. Which leads me to something I loved: the CGI. What a smart decision to show the cocodrile on the darkest scenarios, the CGI was decent and pretty good, something that amazes me since the previous movies (except for the first one) had such a fake and not that good CGI, that was my biggest concern about this movie, but glad it turned out decent and realistic. A highly recommended movie, worth the watch :) After breaking into a secure facility, a group of eco-warriors looking to explore a supposedly abandoned island condemned as a radioactive hotspot find the area instead housing monstrous killer crocodiles left behind in a military experiment and must try to get off the island alive.

This was a fine if entirely flawed entry in the series. What makes this one quite fun is the rather exciting action scenes that really give this one a nice shot of adrenaline at times. There's a lot of fun in the initial manner of attacks from the croc here, starting with the discovery of the wrecked campsite and torn-up bodies leading nicely into the rather thrilling attack on the lake where the creature takes the boat and drags the victim underwater while in front of everyone. The later attack in the underground tunnels where they first encounter them first the first time is a stylish briefer sequence, and a later charge through a tunnel in the bunker illuminated by a flare as it slowly stalks the victim is quite an atmospheric touch. The finale where it tracks the remaining survivors inside the flooded facility or a great encounter in a trapped room filled with flammable gas makes for some nice moments, and when aided along by the fiery confrontation on the beach gives this some solid croc action. As well, there's some nice work to be had with the central premise and story idea here, from the more modern feel of the government cover-up as for why they're going to the facility that's nicely played out here with some fun points used to build up their whole point about the island and what's potentially being conducted there. This plays out as quite believable in today's world and the is handled with enough minor points to keep it going along with what the company was doing that it maintains a credible enough premise to get them out there in the long run which is fine enough to work here, and when it's filled in later on it gives this a wholly intriguing premise. Added along with some nice gore in the kills it has enough to like to hold it up over its flaws. The biggest problem with the film is the fact that this one relies far more on idiocy and outright stupidity from the characters to keep going. This one here relies far more on the inability to recognize the danger they're in at the beginning, which is exemplified by the obvious body parts and other carnage found all over the island when they arrive which should've signalled something was wrong and yet the best they can come up with is that it's all a prank. That kind of thinking is just utterly ridiculous to see thinking it's all real is not all that smart. This one also struggles at times to get going, spending far too much time on the exploits of their journey in the underground bunker than getting in plenty of croc action so it's pacing is way too off from what came before in the franchise where it relief far more heavily on the killer croc action from the start which this one doesn't really do much here as it alleviates the tension rather than ratchet up the fun factor. Combined with the less-than-stellar CGI that always shows up in these films, it really does lower this one somewhat.